S.T.A.L.K.E.R.: Call of Pripyat will become a third stand-alone game in the highly-acclaimed Survival FPS S.T.A.L.K.E.R. series. The project is slanted for release in autumn 2009.

The events of S.T.A.L.K.E.R.: Call of Pripyat unfold shortly after the end of S.T.A.L.K.E.R.: Shadow of Chernobyl. Having discovered about the open path to the Zone center, the government decides to hold a large-scale military "Fairway" operation aimed to take the CNPP under control.

According to the operation's plan, the first military group is to conduct an air scouting of the territory to map out the detailed layouts of anomalous fields location. Thereafter, making use of the maps, the main military forces are to be dispatched.

Despite thorough preparations, the operation fails. Most of the avant-garde helicopters crash. In order to collect information on reasons behind the operation failure, Ukraine's Security Service send their agent into the Zone center. From now on everything depends on the player. 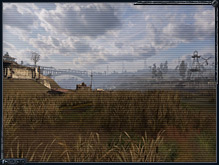 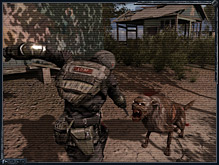